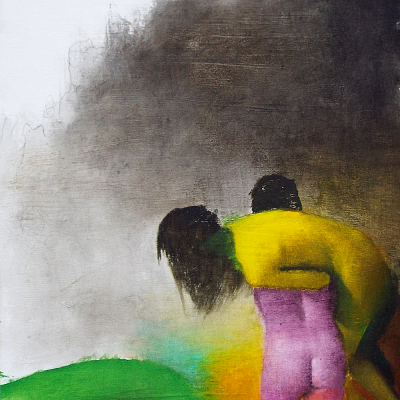 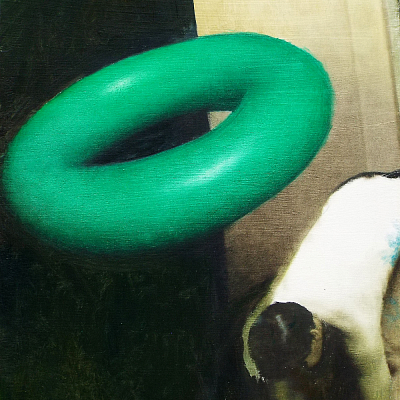 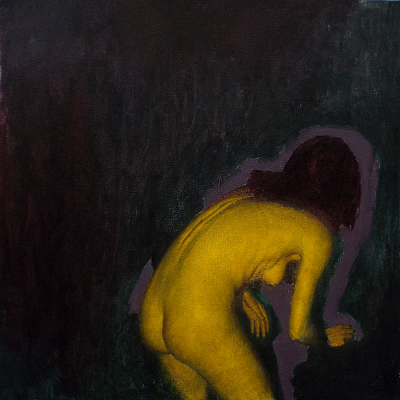 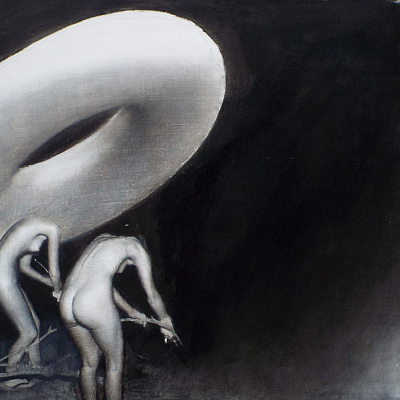 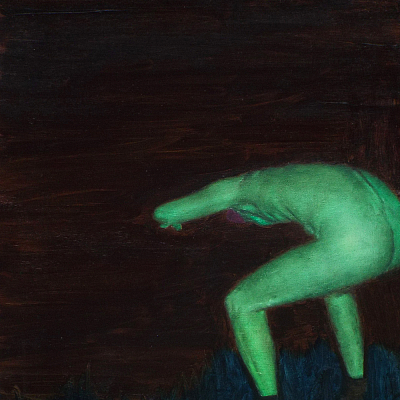 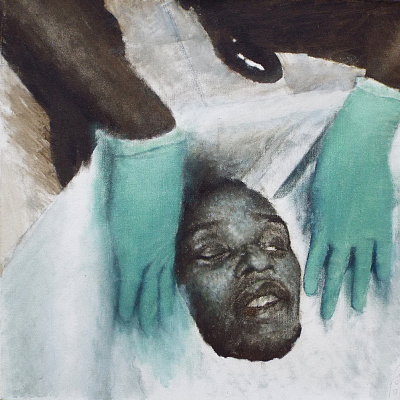 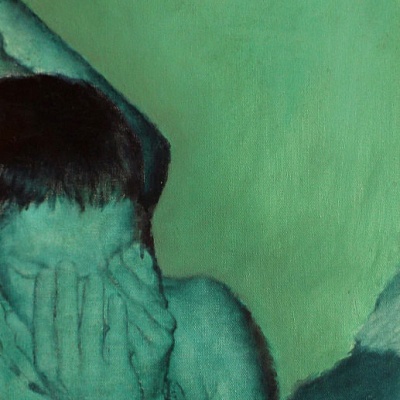 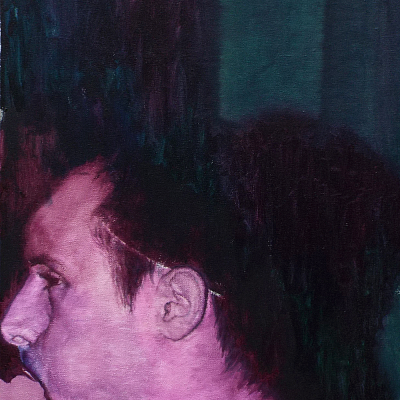 William Reinsch started his career painting on canvas, his technique has evolved by creating images on wood panels as well as creating different textures using rags, tissue paper, sandpaper and palette knives. For the artist, his paintings are an enquiry into a human’s feelings that are heavily influenced by social conventions. The artist’s work embodies a strong psychological standpoint, using his own inner ‘force’ to create dramatic images of what seems like a mirror into his internal mind. The striking fluorescent bodies of many of Reinsch’s figures echoes the very anxiousness one feels given an unfamiliar social setting. Another reoccurring theme of the artists’ work is the exploration of philosophy mainly within mankind’s behaviour and human characteristics. Reinsch’s artwork sees the human form in two ways: the physical attraction of the vulnerable bodies as well as the raw feelings perhaps of being exposed. 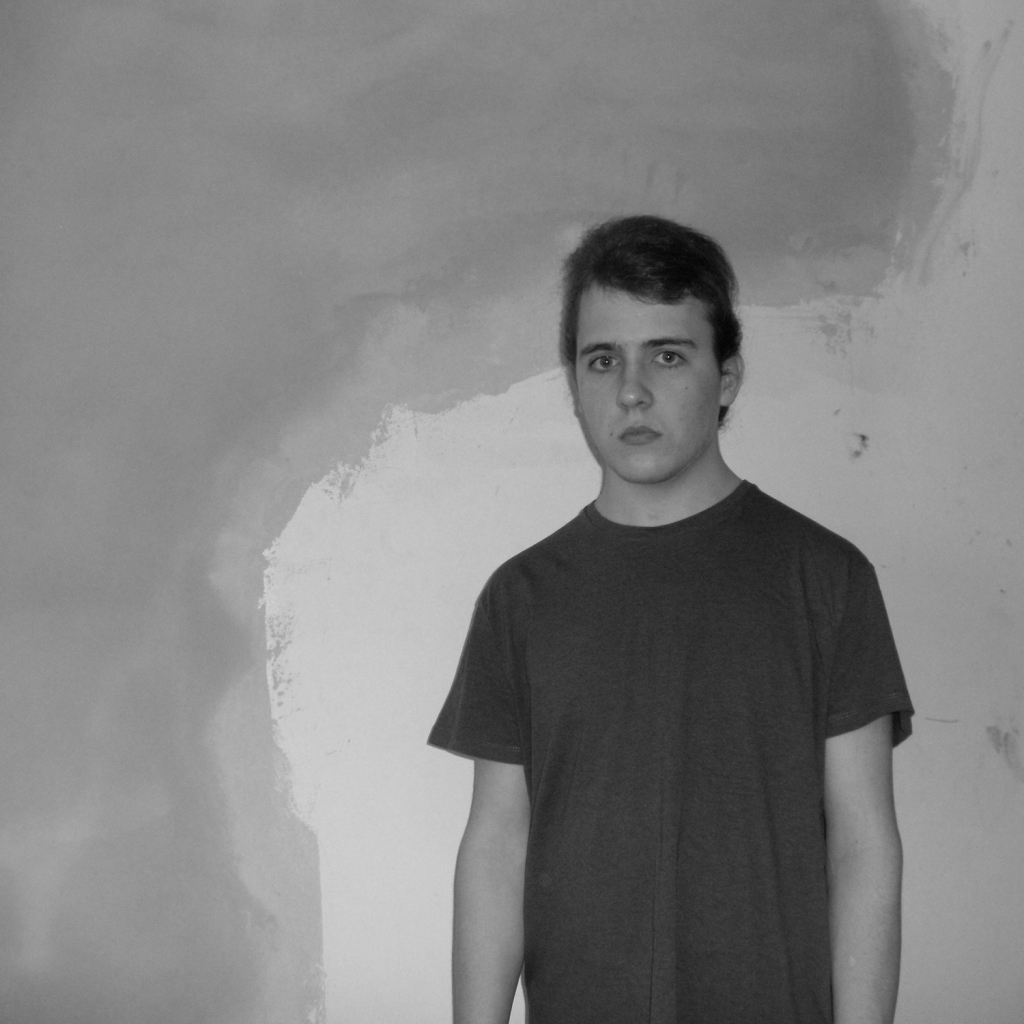